A Little Bit of Escapism…

Why does everything pile up at this time of year?  The end of term is nearly upon us and I’m inundated with stuff to do – like sort out the leaving card for The Middle One’s teacher, attend the end of year Mum’s nights out, as well as the school fairs, plays, tea parties and sports days – the list goes on.  And it’s all happening along with the sudden cram-it-all-in-before-the-summer socializing. Oh, and Wimbledon.

Those over-paid, under performing, pathetically pampered players should be ashamed of themselves.  Wouldn’t it be fun if we still had the old-fashioned stocks as punishment? I’d love to throw a few rotten tomatoes at that lot.  Fabio Cappello – take that mouldy cabbage.  Ha!

On the Monday school run, I saw a white van man screech to a halt beside a skip.  He got out, ripped his white flags off the top and dumped them ceremoniously amongst the mattresses and fridges.  Then he spat on top of them.

Didn’t I say the world cup would be bad for the country’s morale?  As I said: I was right.

But I’ve got more important things to worry about.  Namely, that I’ve asked the neighbours to house-sit whilst we’re on holiday, which would be fine, except that I’ve started to look at my house from their point of view. And the painful truth that has been lurking in the back of my mind can no longer be avoided.  It’s a tip.

But that’s not because I don’t tidy up.  Oh no.  I spend vast quantities of each day tidying up.  I’m the Duracell bunny of tidying up. I don’t think I’ve ever once been up or down the stairs in my house without armfuls of stuff to be redistributed.

Yet despite my thin veneer of cleanliness and my ability to make my house look just about presentable for an hour or so, just look closer and you’ll see that every single cupboard and drawer is bursting with stuff.  Stuff, stuff, stuff.  It’s Everywhere.   Today was the day that the creeping tide of The Stuff had to be stopped.

But before long I was huffing and puffing and wondering why I can’t be even slightly OCD?  I’ve got some friends who are REALLY REALLY OCD (RROCD). But not me.  I’m rubbish at this tidying and ordering lark. It’s bad enough coping with the never-ending laundry for a family of five, but opening the play room door seriously makes me lose the will to live.

Anyway, today I was under siege from the toppling tower of toddler debris whilst having an imaginary fantasy about calling the white van man and cheering him up by paying him a fortune to take everything to that skip, when a delightful email pinged up from my publishers.  A timely reminder that life isn’t all about cleaning and sorting out the domestic debris.

You see, publication time is approaching.  FORBIDDEN PLEASURES will be hitting the supermarkets and all good bookshops near you on 5th August.  Check out the new swanky cover above and tell your mates that their summer read is nearly here.

Thrillingly, there were some early reader previews from Chicklitreviews.com  – which I’ve posted into the reviews section of this blog.

It was just the motivational boost I needed.  I hoofed everything back into the playroom and rammed the cupboard shut, before scampering back to my  study.

Ah yes.  That sultry night in Rio and the gorgeous  Argentinian stud with the mysterious brunette in a backless dress and stolen emerald necklace…

I felt better in an instant.   You see!  A little bit of escapism is just what a girl needs. 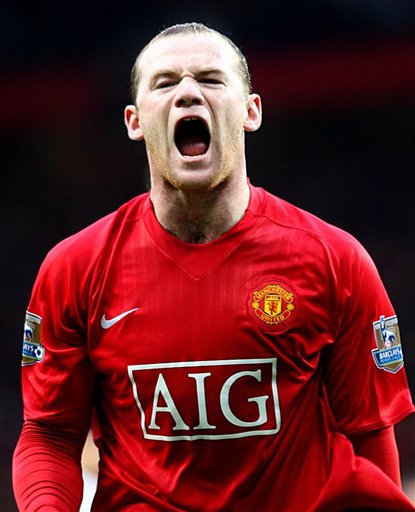 I’m not a fan of football.  It’s a bit woosy for me.  It’s all the excessive buffing, the chest waxing, the hair products, the mano-a-mano contact at every given opportunity, the tears, the faking, the communal baths, the socks. It’s not attractive to us girls.

And it’s a mug’s game being a supporter.  Let’s face it, poor old England don’t stand a chance of winning and yet we’re marching over the trenches, walking blindly into a summer of collective mass depression and damaged self esteem.  Tragic really.

Nelson Mandela can croak on all he likes about the beautiful game bringing together nations, but we all know it’s personal.  It’s going to be like Eurovision all over again where we lost – spectacularly – because everyone in Europe hates us.  Why wouldn’t they?  We’ve been turning our nose up at their party now for years.  They couldn’t wait for a chance to snub us publicly.

And the same goes for the Americans.  With BP pumping out the horrific oil slick onto America’s prime coastline, we’re literally dumping on their doorstep.  Do you really think we’ll have a hope in hell of winning on Saturday against a side so pissed off?

And it’ll be oh-so-easy for them.  All the yanks have to do is wind up Rooney a little bit and he’ll be off.  The Anglo Saxon within will rear up and he’ll be hoisted by his own petard.

Oh yes, Fifa’s list of banned expletives is a genius move to thwart us, especially since we invented swearing.  Everyone knows that kicking a ball and bad-mouthing are hot-wired together into the very DNA of every footballer in the land. I’d love to know the total on Capello’s swear box by now.  You could probably buy a small island with it.

But twenty words, eh?  I’m intrigued. I’m an accomplished swearer, but I’m struggling with twenty.  Imagine the meeting of the officials to decide on the definitive list?  These are grown men.  It’s got to be the silliest meeting in history.

But the secret list has been issued.  So clearly there’s the F word and the D word – multiply by two when you add Head to them both.  So that’s four. Then there’s obviously the C word and the Mother one.  They’re up there, right?  Then there’s S H one T and the one that rhymes with Banker.

But what else?  Pillock?  Wassock?  Twonk?

You’ve got to wonder.

Roll on Wimbledon.  Bring on the hairy chests and racket throwing.

Today is a good day.  The list has gone up today.

‘The list’ is a sacred piece of A4 paper on the kitchen wall.  On it is written the things we’ll do when Emlyn has finished his book.

Yes folks, the thriller is a week away from completion.

Actually, that’s not strictly true.  A book is only ever truly complete when it’s been published and there’s a whole race-track of hurdles to negotiate before that happens.

However, the most exciting part – the moment when the book has been wrestled from the ether and onto the page – is nearly upon us.  As soon, I’m informed, as the end of the week.

I’m having palpitations of excitement.

A writer must pick their champagne moment wisely, when the tangible sense of achievement is at its peak.  Waiting for ‘the call’ from an agent or publisher is too torturous.  Waiting for the cheque to be banked is foolish and by the time the book is in the shops, you’re beyond caring and have almost completed the next project.  So experience has taught us that the Herculean task of writing a whole novel must be celebrated, the moment the words ‘The End’ are typed, whatever the fate awaiting it.

I loved the bit in the second series of Californication, when Hank Moody, played so brilliantly by David Duchovny, finishes Lou Ashby’s biography and enacts his own personal ritual, involving whisky, weed and Warren Zevon.

I don’t know if non-writers would get the significance of that precise moment.  The moment of exhalation.  The moment when you know you can now officially be run over by a bus, because the words are down.

Most recently I’ve been the one in this position, but this time, I’m playing the supporting role and is it my clever husband who is the one burning the midnight oil getting to the finish line.  But it’s not easy being the co-pilot as the project comes into land.

We’ve hardly seen him as he’s upstairs in the furthest reaches of the house, having recreated the conditions of Chaucer in which to work: strictly no phone, no internet and practically no daylight as he rattles away on the pre-historic Apple Mac – a machine so old, it recognises the concept of a fax and not an email.

I’m on hand to towel down his forehead, squirt tea into his mouth, feed him nutritious food, give him the pep talk, focus him on wrestling the bugger down onto the canvas.  It’s tough stuff.

But now we can both see the light at the end of the tunnel, the list has gone up.  The magical world of real life opening up to us.

We’ll have childcare and for maybe an hour a day, free time.  A heady combination.

We’ve split the list into two.  Fun things we’ll do, house things we’ll do.  The things we fantasize about and the stuff that’s always on the mental to-do list.  It’s quite illuminating and after all this time, my husband can still surprise me.  Emlyn’s number one entry of house stuff he’ll do, is to creosote the shed.

Creosote the shed?  Is that what boys think about?

I look out of my study window every day at the shed.  I’ve never, ever noticed it needs creosoting. I kinda like its shabby-chic appearance.

But then I scanned across to the fun things.  Number one is to rig the TV up in the shed, so that we can watch the whole of Wimbledon in the garden.